SANIBOX: THE SAFEST PLACE TO PUT YOUR THINGS

For you and your family health safety and there’s the innovative technology of UVC rays: fast, safe and effective in every place. Bartolacci Design adopted it for Campers and Caravans.

UVC lamps emissions can eliminate up to 99% of micro-organisms such as viruses, bacteria, fungi, spores, molds and mites using an advanced technology already used for water sanitization now applied to air and surfaces.

The germicidal properties of UVC rays are capable of disrupting the DNA of viruses, bacteria, allergens and other pathogens, blocking their ability to reproduce. The action of UVC rays can also be combined with the use of chemical products.

According to the International Ultraviolet Association (IUVA) the technologies for UVC disinfection can play an important role in a “multiple-barrier” approach to reduce the spread of the COVID-19, SARS-CoV-2, virus based on the data of disinfection rates and empirical evidences.

Bartolacci has developed a UVC led module that can be installed on every container with a lid to sanitize every object that gets put inside.

Why inside a box? Because direct exposure to UVC radiation can be dangerous to humans. For this reason, we developed a LED module that can be mounted inside a container and thanks to a safety switch in its circuit, which can also be installed on the container itself, it can only function while the lid is closed. A built-in controller in the LED module, also limits the time it stays on only to the amount needed for the sanitization. This double safety allows the use of the Bartolacci Design module in complete safety and tranquility.

Technical information of the LED module:

The module will be available, as production, from beginning of March 2021. Samples for end January 2021

For the necessary details and the customization of the module for your container, contact us at: 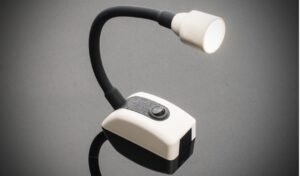 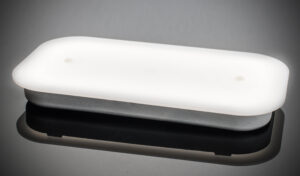 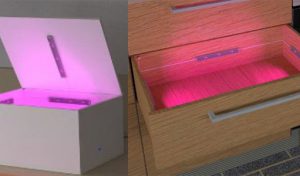 SANIBOX: THE SAFEST PLACE TO PUT YOUR THINGS